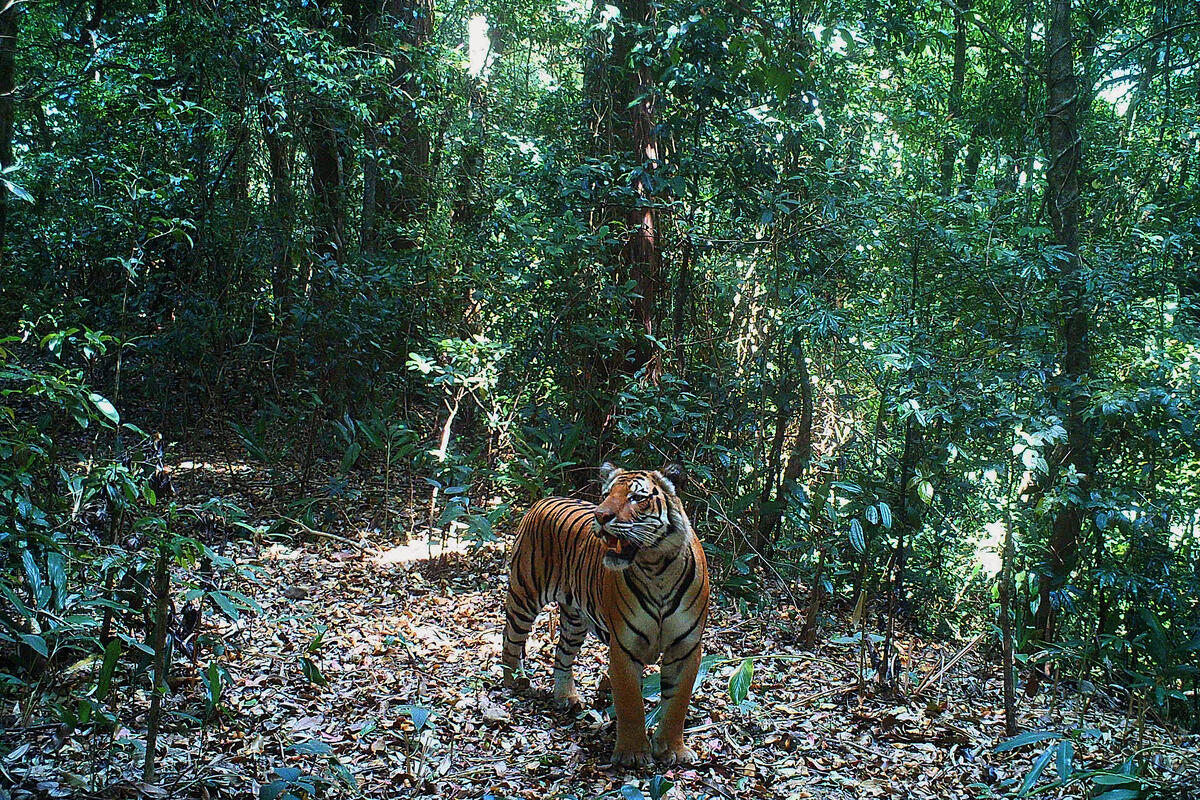 Tigers have gone extinct from Cambodia, Lao PDR and Viet Nam in the last 25 years. And tiger populations are continuing to decline across the rest of mainland Southeast Asia. Snares, habitat loss, illegal tiger trade and decreasing numbers of prey are major threats to the remaining tigers, but it’s not too late.

Governments across Southeast Asia need to prioritise tiger conservation and take quick action if they’re to reverse the decline of tigers.

Tiger conservation has been most successful in countries like Nepal where national tiger committees have been created. These committees are chaired by the head of the government and raise the political profile of tigers.

There is a rare political moment for tigers in Southeast Asia with a Tiger Ministerial meeting to be hosted in Malaysia in November this year (2021). The adoption of a Southeast Asia Tiger Recovery Action Plan and commitments to create National Tiger Committees chaired by the head of government would send a signal that the governments of mainland Southeast Asia are intent on addressing the crisis. 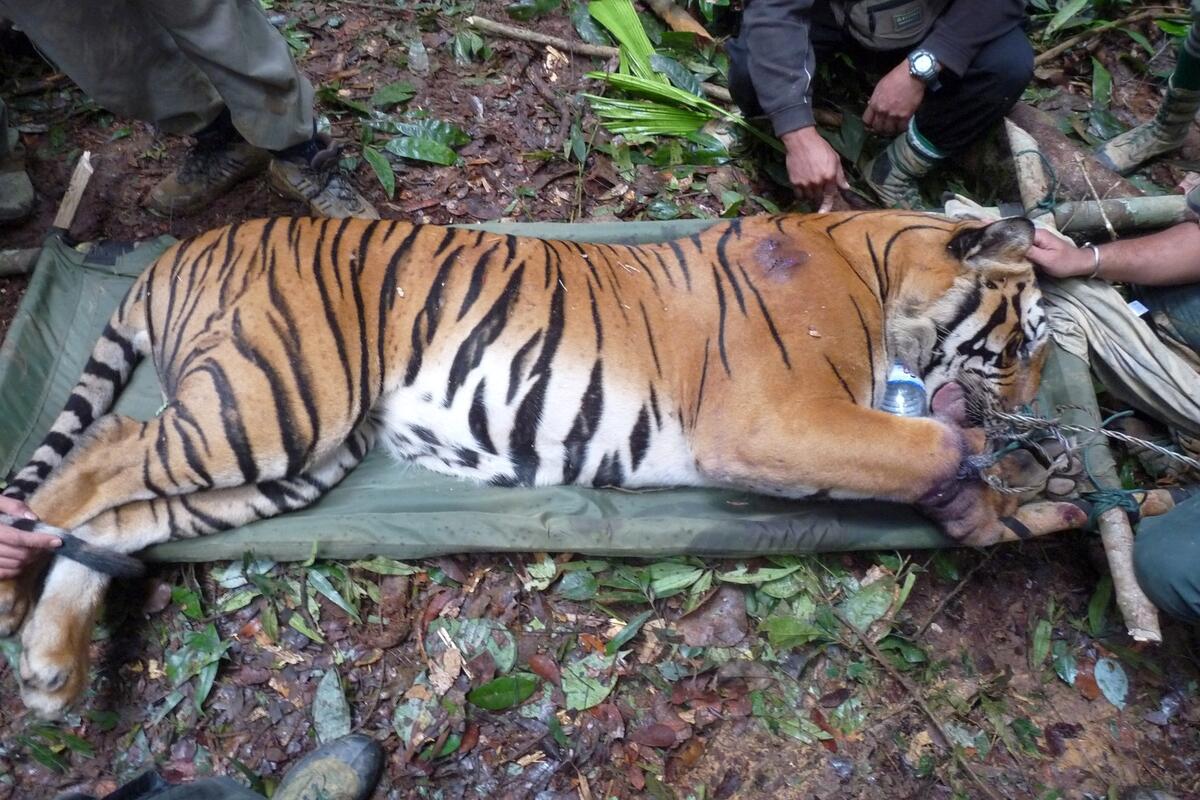 A snared tiger being rescued by personnel from the Department of Wildlife and National Parks. It was discovered by one of WWF-Malaysia's patrol teams in a snare set by local poachers in the Belum-Temengor Forest Complex, Malaysia. © WWF-Malaysia/Lau Ching Fong

A snaring crisis in Southeast Asia is emptying forests of wildlife, including tigers and their prey. Governments in Southeast Asia must improve national law enforcement to act as a deterrent against poaching, as well as carry out behaviour change campaigns to reduce demand for wildlife meat.

WWF-Malaysia has worked with the Malaysian government over the last four years to reduce active snares in Belum-Temengor Forest Complex by an incredible 94%. Increased funding and patrol teams formed of indigenous people have resulted in a success in combating the snaring crisis in Malaysia. 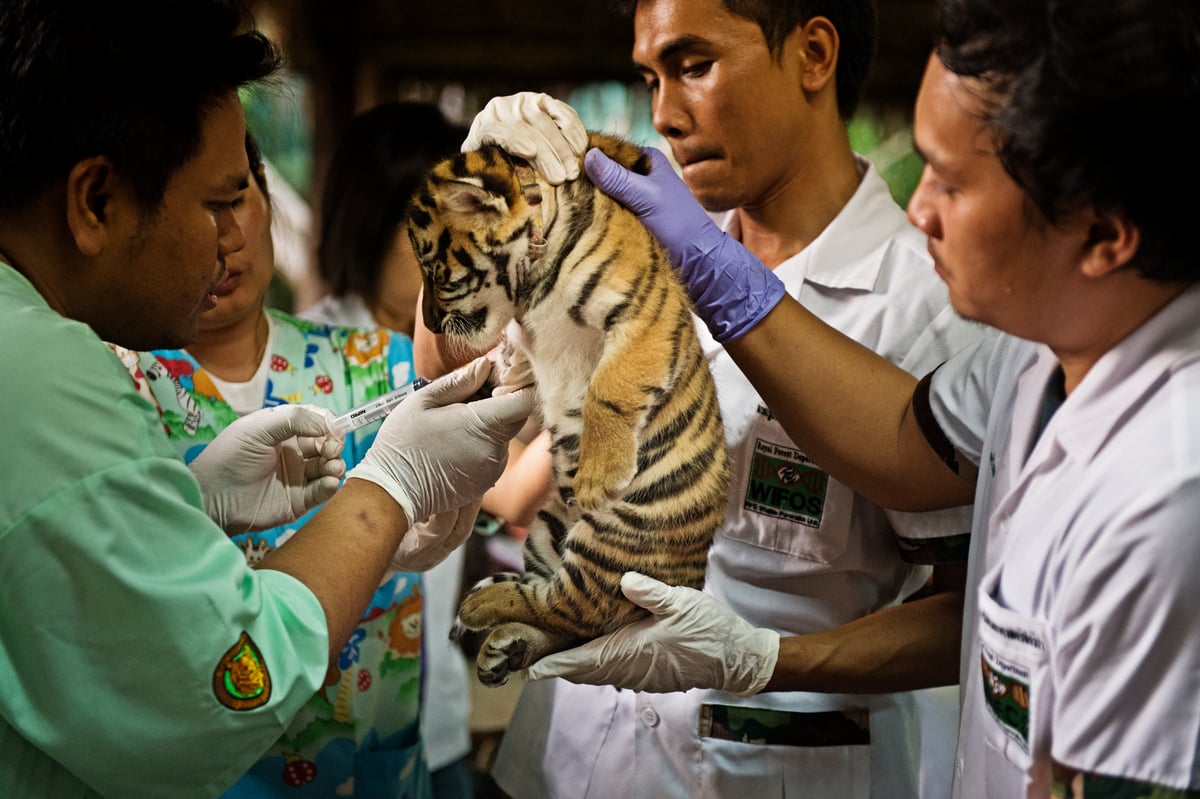 A veterinary team from the wildlife forensic unit takes blood samples to trace its DNA. This tiger cub was seized from smugglers in Chaiyaphum, Thailand. © WWF / James Morgan

Until governments enforce clear bans on trade in tigers and their parts and products, from any source, wild or captive, their future is at risk. Governments must also phase out tiger farms, especially in China, Lao PDR, Thailand and Viet Nam, where over 8,000 tigers are estimated to be in captivity. The trade of captive tiger products not only complicates enforcement efforts, it also legitimises the use of tiger products and can stimulate market demand for wild tigers. Find out more.

Southeast Asian governments must increase the funding of their protected areas. Increased funding, more and better resourced rangers, and utilising conservation tools like Conservation Assured Tiger Standards (CA|TS) will improve the management of these protected areas for tigers, other wildlife and people.

The Indian government registered its 50 Tiger Reserves under CA|TS and now has 14 CA|TS approved sites. Better management of their protected areas is good news for tigers in the country that has seen tiger numbers increase since 2010. 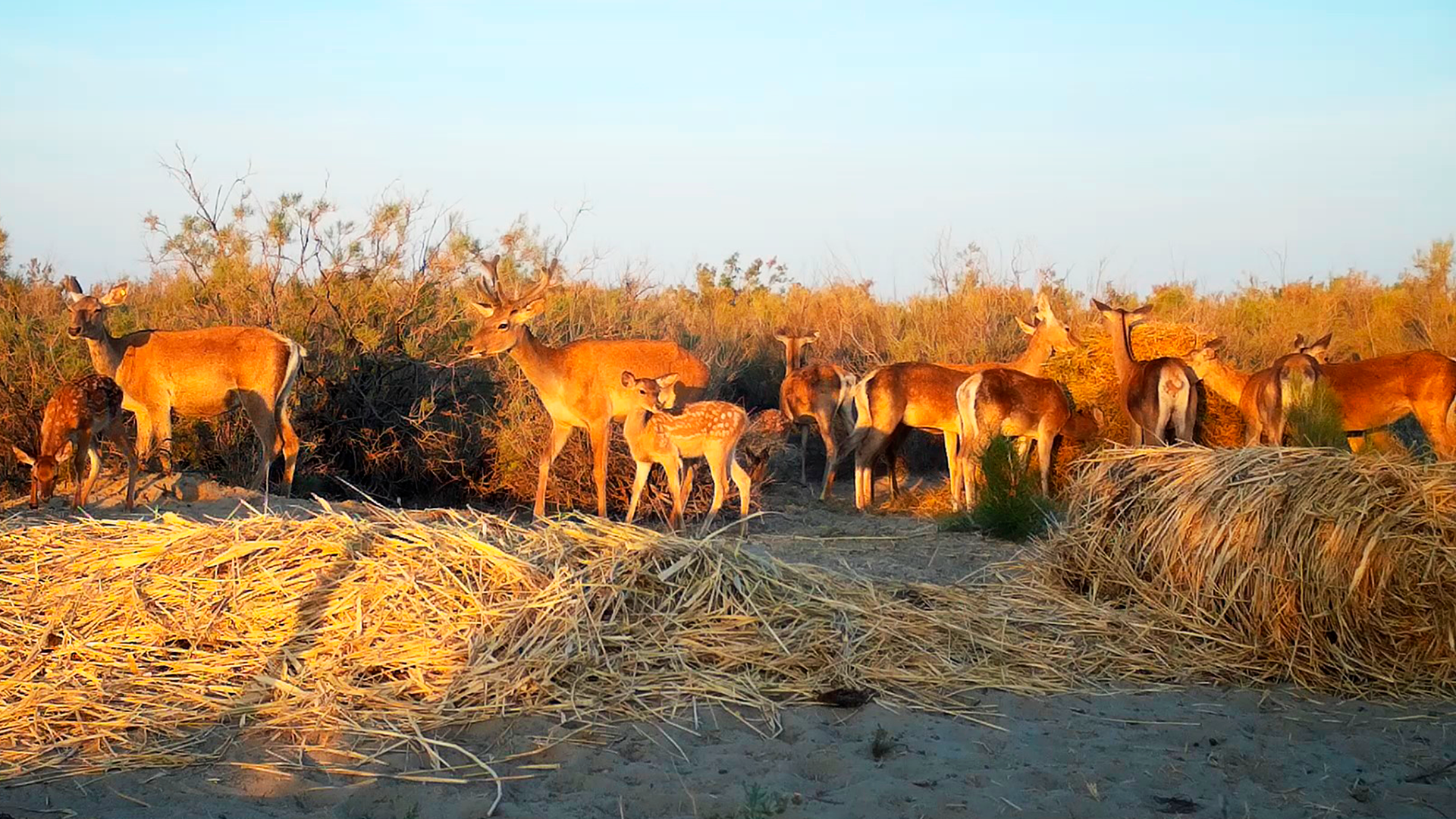 Prey reintroduction: the Bukhara deer went extinct in Ili-Balkhash in 1912, but has since been reintroduced as part of the tiger reintroduction programme. © WWF-Russia

Restoring tiger habitat, including recovering their prey, must be seen as a critical step in bringing back the roar to Southeast Asia. Translocating tigers to new areas will be key to ensuring a healthy and viable population of wild tigers. Kazakhstan is proving that tiger reintroduction is possible with government support as shown by their reintroduction efforts. Wild tigers are planned to be returned to Ili-Balkhash by 2025.


It is possible for tigers to bounce back in Southeast Asia but until governments make strong commitments that prioritise the future of tigers, this iconic big cat will remain under threat. 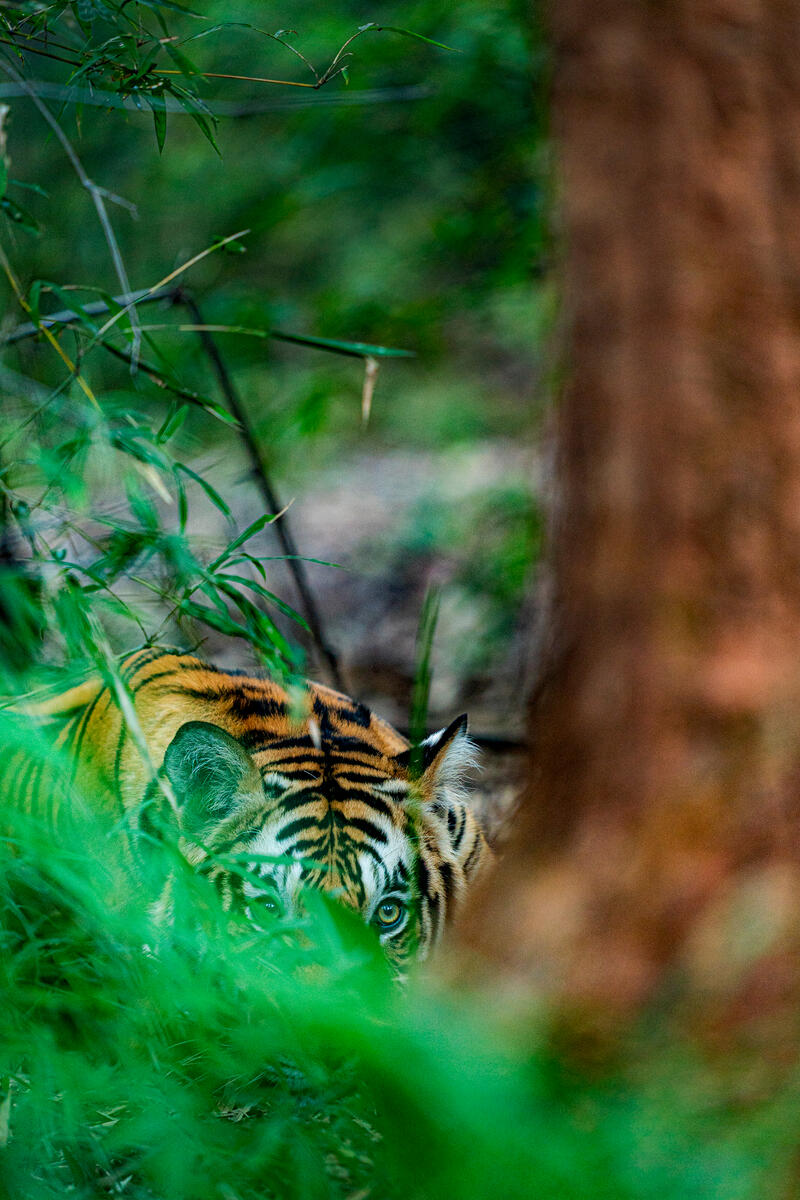 Restoring tiger habitat, including recovering their prey, must be seen as a critical step in bringing back the roar to Southeast Asia.
© Suyash Keshari / WWF-International

Restoring tiger habitat, including recovering their prey, must be seen as a critical step in bringing back the roar to Southeast Asia.
© Suyash Keshari / WWF-International