In the run-up to World Whale Day (20 February), we bring you news of the first ever global report on whale migration superhighways crossing every ocean, the threats they face and the action we need to take.

What should be safe “blue corridors” for migrating whales are too often hazardous and even fatal obstacle courses. That’s the conclusion of a new WWF-backed report, co-produced with the marine mammal science community, which provides the first truly comprehensive look at whale migrations and the threats these magnificent creatures face.

By far the deadliest impact is fishing gear entanglement, leading to the deaths of an estimated 300,000 whales, dolphins, and porpoises each year. But ship strikes, pollution, habitat loss, and climate change also increasingly threaten whales along their migration routes and in the critically important areas where they feed, mate, give birth and nurse their young.

As a result, even after decades of protection from commercial whaling, six out of the 13 great whale species are now classified as endangered or vulnerable. For example, the critically endangered North Atlantic right whale, which migrates between Canada and the United States, now has a population of only 336 animals.

Meanwhile, evidence is growing about the critical role whales play in maintaining ocean health and the global climate – with, for example, each whale over a lifetime capturing the same amount of carbon in their bodies as thousands of trees.

HOPES FOR THE FUTURE

We are calling for more cooperation at local, regional and international levels to safeguard whales from these mounting threats. National governments, international bodies, local communities, industry and conservation groups like WWF all have a role to play.

In the coming month, we will be urging consideration of this crucial issue as a new UN treaty is finalized on managing international waters that aren't controlled by individual countries. These “Areas Beyond National Jurisdiction” make up two-thirds of the Earth’s oceans, yet no treaty currently exists to safeguard nature in these waters. 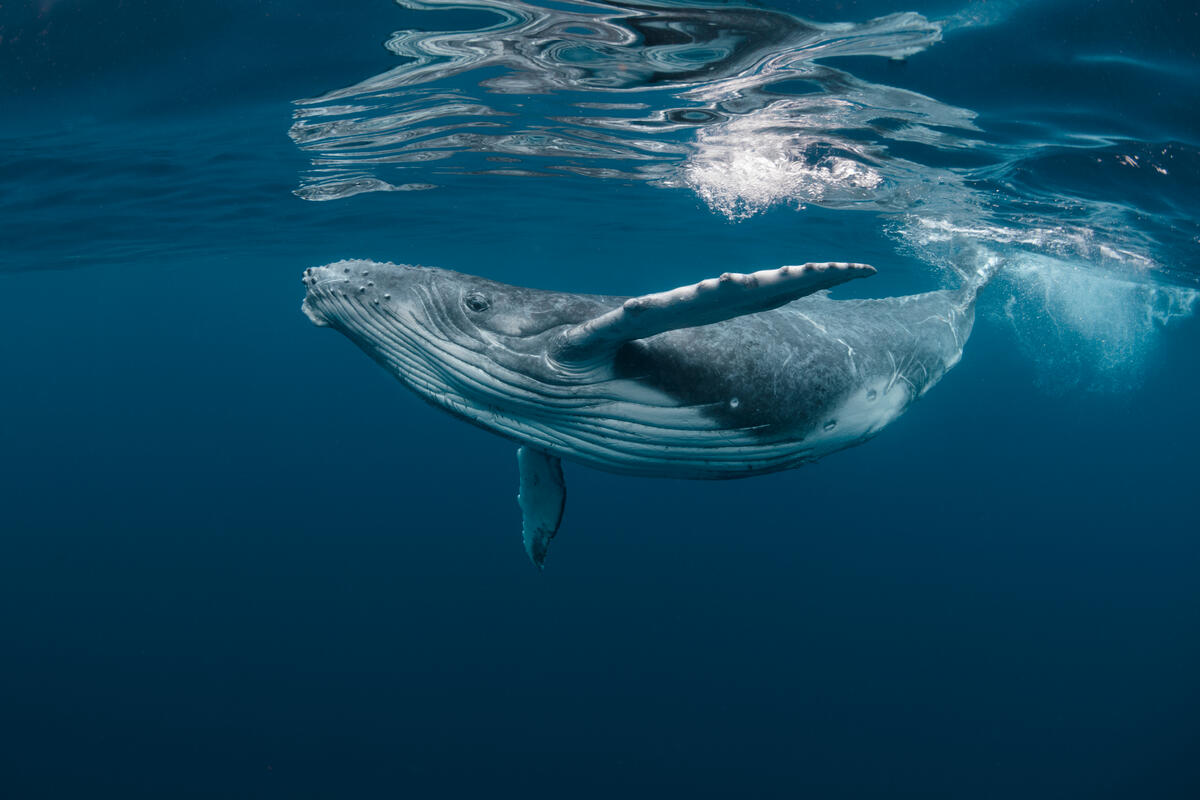