Mister Muslim wears beautiful traditional clothing during his talk at the Paris Peace Forum. Being the leader of the Flora and Fauna Defenders Team (TPFF) in Aceh, Indonesia, he is invited at this global conference about peace to share his story about solving conflicts between humans and elephants. First, he introduces himself as a father of three kids. But shortly after he tells he has been in prison. For poaching a tiger with a snare, to be precise.

“I was sent to jail for seven months but because of good behaviour they released me earlier”, Muslim explains. “In prison, I realised that this was the wrong place to be. People who do bad things go to jail. I was poaching out of need. There is a lot of poverty in our area. The village has been through conflict and most people are uneducated.” Something else that resonated in his head were the words of his father before he passed away. “He always told me to do good and take care of nature. When I started a family myself, I wanted to inherit nature for our future generations. I clearly could see we were losing our natural resources rapidly.”

Long lasting conflict resolved
A bit of background about Aceh: in 2004 this very northern province of the Indonesian island of Sumatra was the epicenter of a devastating tsunami. 17,000 people died or were missing. However, this natural disaster helped to resolve a long-lasting conflict between the independence movement and the government of Indonesia. As the Aceh people are living in peace again, they now face another conflict: between humans and wildlife. 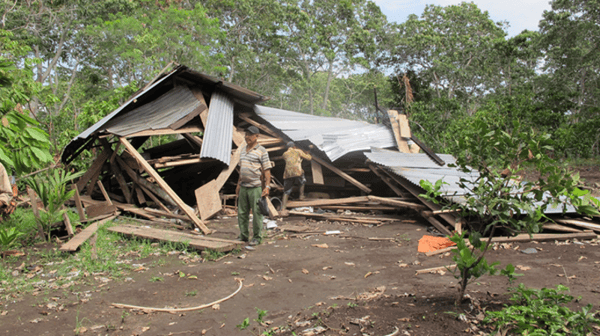 Victims on both sides
In Aceh, elephants roamed the forests long before people settled there. Nowadays, only about 500 Sumatran elephants remain. Since the animals are migratory species, their routes often come across villages and plantations. When humans and elephants encounter each other it can often end up with conflict. There are victims reported on both sides; since 2012, nineteen people have been injured, and more than fifty elephants have died.

Crop enrichment programme
Muslim also saw this growing problem of elephants in his community. So, when he came out of jail, he decided to do things differently. Following a program from WWF in his village where local communities were trained for human and elephant conflict mitigation, Muslim got interested in joining to work together to save the forest and wildlife. When in 2017 a few elephants were killed by hunters from their village, Muslim gathered fellow village members and established the organisation of TPFF. “With community funds we started a crop enrichment programme to make sure the elephants would go to those fields instead of crossing ours. We also protected our crops with a natural barrier, formed by plants elephants dislike such as chili, lemongrass, nutmeg, pepper and coffee.”

Local words for elephant
When asked how he gained all this knowledge, Muslim proudly shows his traditional scarf. “Do you see this white pattern here? It symbolises the elephant as part of our ancient culture. We even have local words for elephant. They connote positive feelings. The elderly people in our communities still have a lot of local wisdom about this impressive animal.”

A new friend
Muslim is not the only one who highly values elephants. His conflict mitigation work is supported by the famous Indonesian musician Tulus. He even named his second album ‘Gaja’, meaning elephant in Indonesian. “When I was recording the video for my album, I visited a project of WWF Indonesia in Sumatra”, Tulus explains. “There I saw these noble creatures in the wild for the first time. It confirmed all beautiful things people say about elephants.” Especially with one animal, named Yongki, he felt a strong connection. “It was like I met a new friend.” 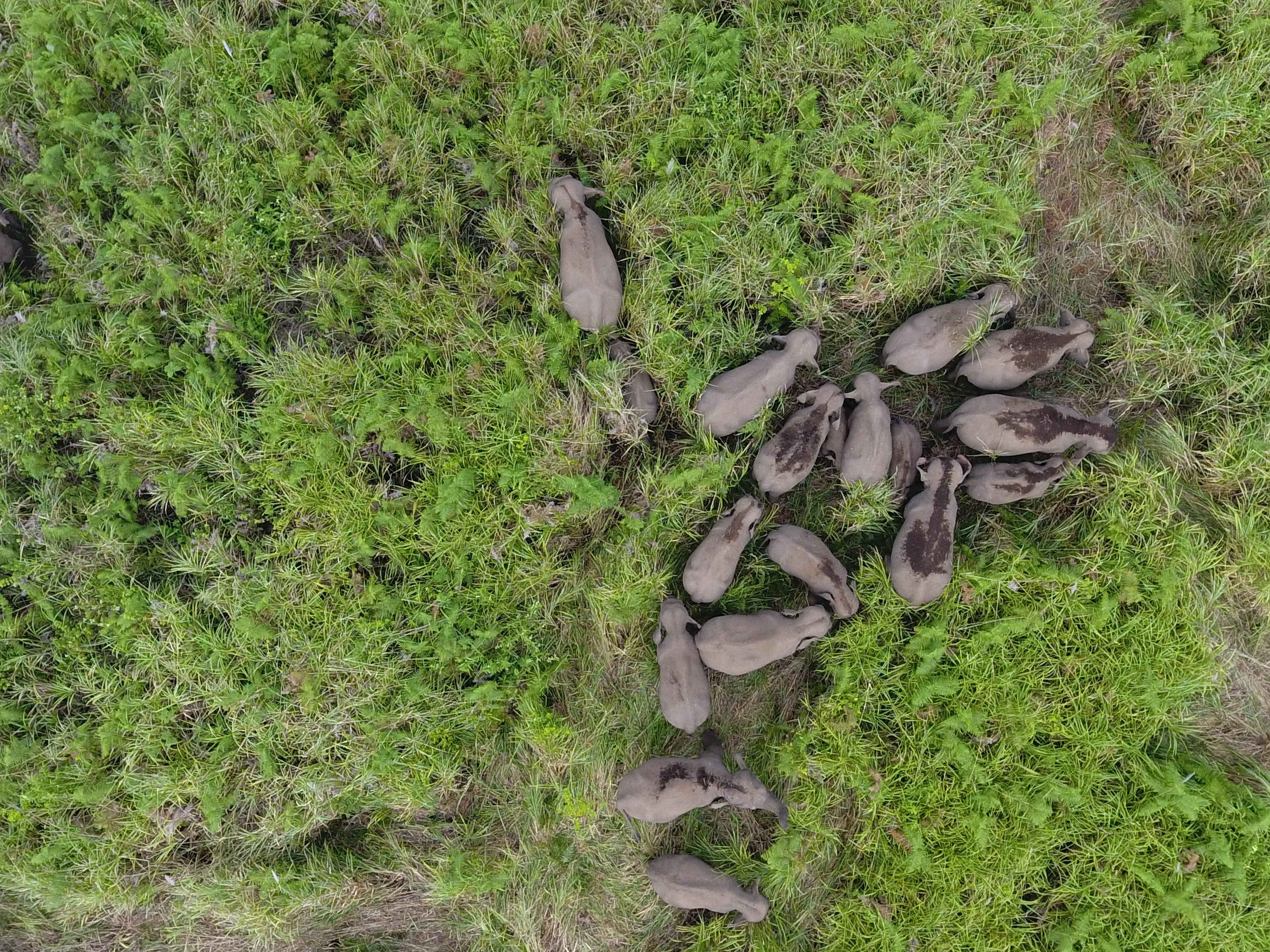 ‘Teman Gaja’
However, on the very same night that Tulus won five awards for his popular album Gaja, he received the news that Yongki had died due to poaching. “The anger and sadness I felt inspired me to do something. So, in collaboration with WWF-Indonesia I started my own foundation, ‘Teman Gaja’ (Friends of the Elephant). My aim is to raise awareness by the Indonesian public about the fact that there are only a few Sumatran elephants left. I do this on social media and by visiting schools to tell kids about the elephants. I also started a crowdfunding campaign to get donations, for instance for the good work Muslim is doing.”

Strengthen the local community
Thanks to Teman Gaja, Muslim and 22 other volunteer members could receive training to set up their program. “Our main approach is to strengthen the local community”, he explains. “There is a lot of poverty in this area. We formed a local team of defenders, even with people who have poached an elephant in the past. Because when it comes to feeding your family, having access to healthcare and sending your children to school they hardly have a choice. We are balancing between protecting nature and being mindful about the prospects of the villagers. Our work is to support the community and to involve them in the protection of the elephants and by extension, the nature and ecosystems we all depend on.” 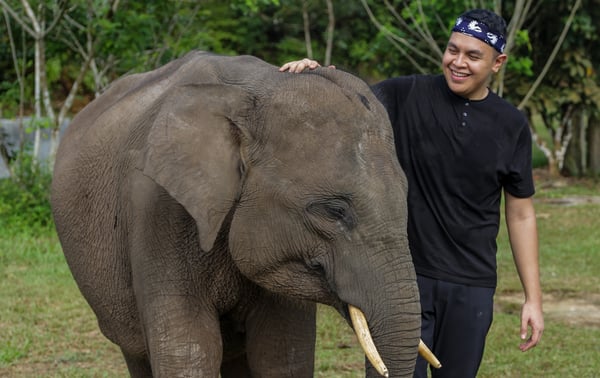 Ecotourism
TPFF works on avoiding conflicts between humans and elephants by combining local wisdom with a high technology approach, such as community mapping and GPS. They also built a monitoring tower to track the animals. On top of that they have created an ecotourism package. “The area where we have planted special grass for the elephants and provide salt for minerals is where they perch, so tourists can observe them in their natural surroundings.”

Enough food
Even though the programme works well, Muslim still worries about the amount of food the elephants need. “They mainly eat soft leaves and grass. As their habitat is so fragmented and deforested, there are many remaining plants they don’t like.” To work on this fragmentation, WWF- Indonesia is connecting areas where elephants roam. In a partnership with WWF-Netherlands, IUCN NL and the Dutch Ministry of Foreign Affairs, they look for cooperations with the private sector for instance, to create new habitat for elephants that provides them more space.

It’s Muslim's priority to make sure there is enough food, avoiding the animals getting hungry and reaching out to human crops again. “We strongly believe in sharing the space. Peace cannot be possible without co-existence of humans and elephants.” 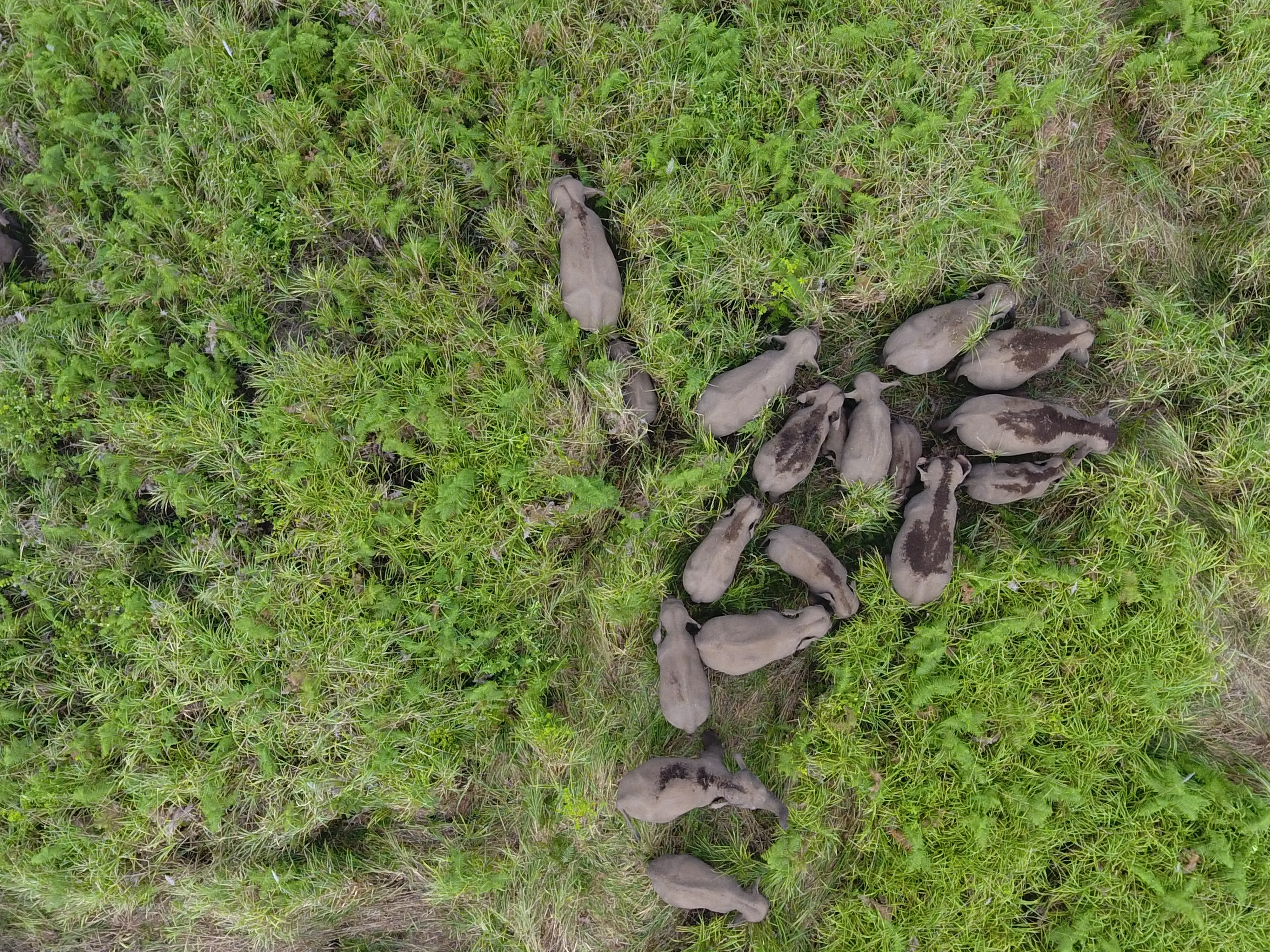