Political borders are for people. But for an animal like the snow leopard, with a home range that can be as large as 2,000 km2, barbed wire fences marking country borders are nothing more than  an obstacle to free movement.

Snow leopards live and roam across large swathes of interconnected landscapes of Asia’s High mountains in 12 range countries. Incredibly well camouflaged and rarely seen in the wild, not much is known about them and research is scarce. Scientists rely on camera traps and telemetry to understand their home ranges, their behavior and estimate of how many exist in an area, which helps conservationists develop strategies to protect them.

It was one of these camera traps, installed in Eastern Sayan ridge, that captured the first evidence of the snow leopard in 2014 in the transboundary area across the Mongolia -Russia border. The camera trap captured a male snow leopard called Munko – initially captured by camera trap in Russia and later photographed in Mongolia.

For solitary and nomadic snow leopards, travelling large distances is not unusual. They can walk thousands of miles looking for prey, moving across countries. A snow leopard collared by the WWF team in Nepal, was known to straddle borders between Nepal and India.

But travelling across such a large distance is not always easy. Some of the snow leopard range countries have volatile border situations. But even without clashes, political boundaries are often marked with fences, which restrict movement of snow leopards like Munko and other animals.

“The video and photo evidence showed us an important migration pathway from Russia to Mongolia and back,” says Alexander Karnaukhov, Senior Coordinator, Altai-Sayan Branch of WWF Russia.

“The camera traps helped us understand that the Eastern Sayan population of snow leopards, in the transboundary zone of Russia and Mongolia, is the only population where the number of snow leopards in the Mongolian part of the habitat are less than the Russian part. This means that the snow leopards in Mongolia need to move across to Russia to hunt and mate and need a free corridor to move,” added Alexander.

The fenceline, which was installed in the late 1980s, has been affecting animals including the Altai mountain sheep and Siberian ibex as well. These ungulates, which are the main prey for the snow leopard, try to cross through the barbed wire, get entangled and injured in the process and often die.

With ample evidence of the snow leopard and its prey in this trans-boundary area, WWF teams in Russia and Mongolia started lobbying their governments to remove the fences.

“Over 30 years, the wooden pillars of the fence have partially rotted, and the barbed wire simply lies on the ground, which poses a danger both for wild animals that traditionally migrate over the territory of the Ukok plateau, and for domestic animals that graze there,” says Aydar Oynoshev, Director of the Directorate of protected areas of the Republic of Altai.

WWF-Russia and WWF-Mongolia continued making appeals to the governments of the two countries with a request to dismantle the barriers at the most key sites for the migration of wildlife, citing the results of wildlife tracking using radio collars and evidence from camera traps.

After years of lobbying, the work of the WWF teams finally bore fruit and in June 2020 the process of removing the fence started. Eight kilometers of unused fences on the border with Mongolia and Russia were dismantled in the Republic of Altai on the Ukok plateau. 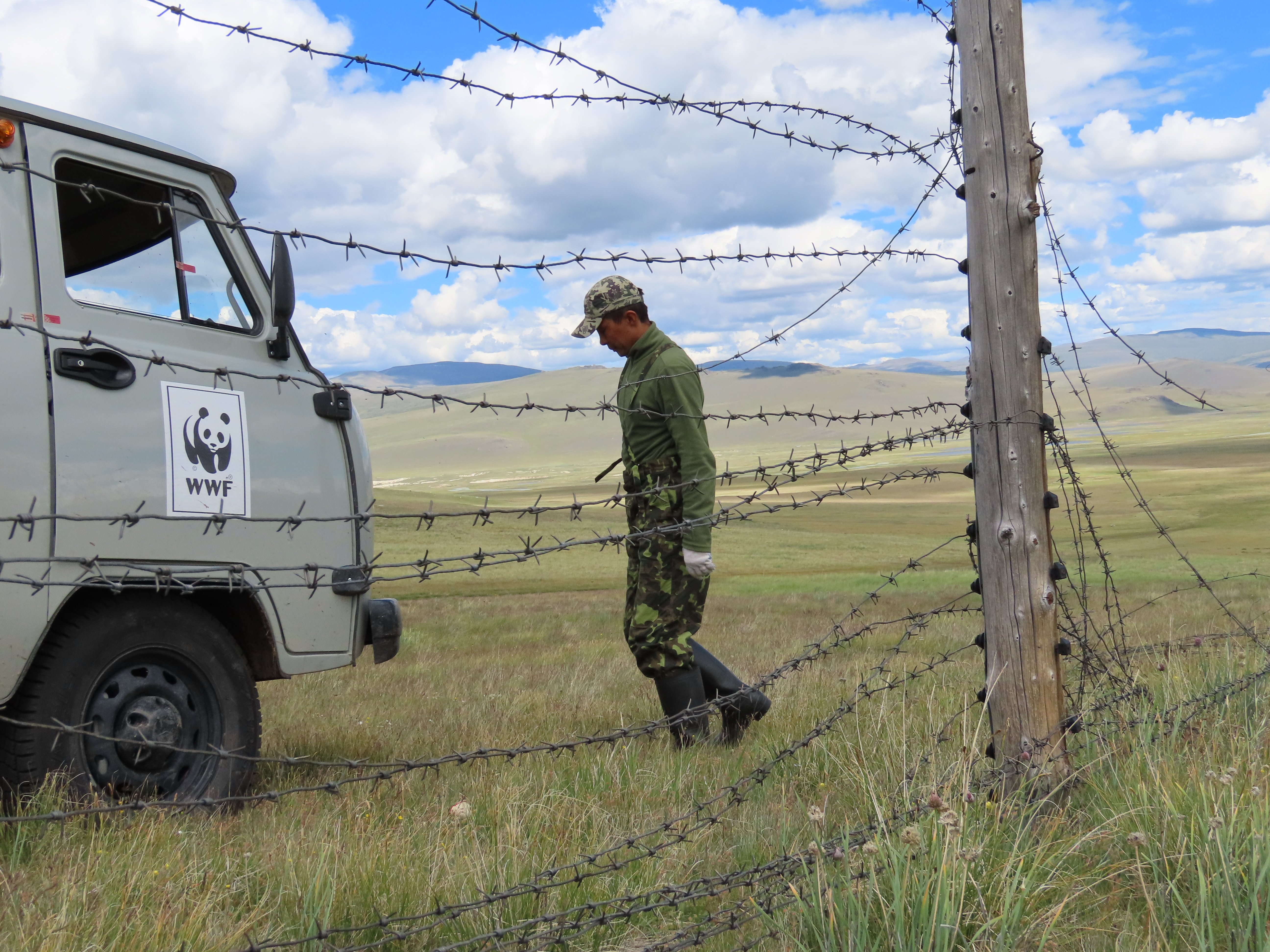 The barbed wire was removed by rangers of the Directorate of Protected Areas of the Republic of Altai, who manually dismantled the wire, transported it by car to the place where a hydraulic press-machine was installed. The press-machine helped compress the wire, which made it easier to load it onto a truck and take it out from the remote territory of the Ukok plateau. With the work on removing the fence already in motion, there are plans to completely dismantle and remove unused fences from the entire territory of the Ukok Quiet Zone Nature Park.

Today wild animals, such as the Altai mountain sheep, Siberian mountain goats and the snow leopard, can migrate freely from one country to another.

"Lockdown has shown us more tangibly than ever before how difficult life can be when we are not able to move,” said Wendy Elliott, Deputy Lead Wildlife Practice, WWF International. “This is what animals face all over the world when their habitats are fragmented into ever smaller 'islands', or their movement pathways are blocked by fencing, roads or railway lines.  This remarkable removal of border fences will feel to the wildlife of the area much like the opening of lockdown did for us.”

WWF teams will soon install camera traps in the Ukok plateau and will continue to use the photos and videos captured to develop a better understanding of the enigmatic wildlife of these high mountains, and to document how free movement helps these populations thrive. 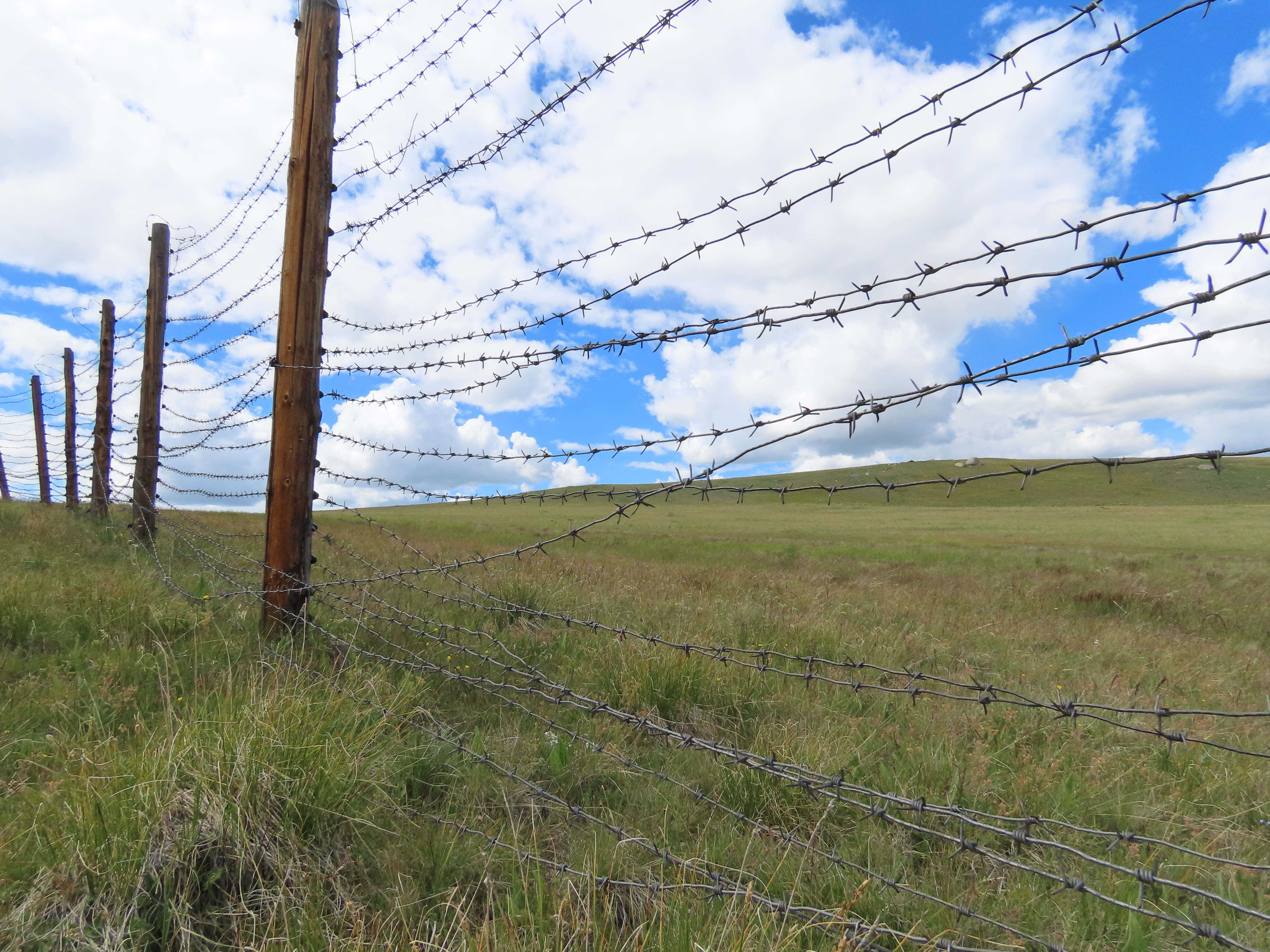