A new WWF campaign has helped to tackle the poaching crisis that kills more than 20,000 elephants a year.

Chinese consumers have been a major driver of demand for ivory products – and despite the welcome introduction at the end of 2017 of a domestic ban by China on selling and buying ivory, surveys tell us that people continue to buy ivory products when they travel abroad.

Our #TravelIvoryFree campaign therefore focused on Chinese travellers to Thailand and Vietnam, where there are still ivory markets, during the world’s busiest travel period, the Lunar New Year.

Our pop-up market in Bangkok helped by encouraging people to buy alternative, sustainable souvenirs that are locally crafted. And two airlines flying from China also joined in the campaign. These efforts are part of a joint campaign with other NGOs, the travel industry and government agencies to change travellers’ behaviour. 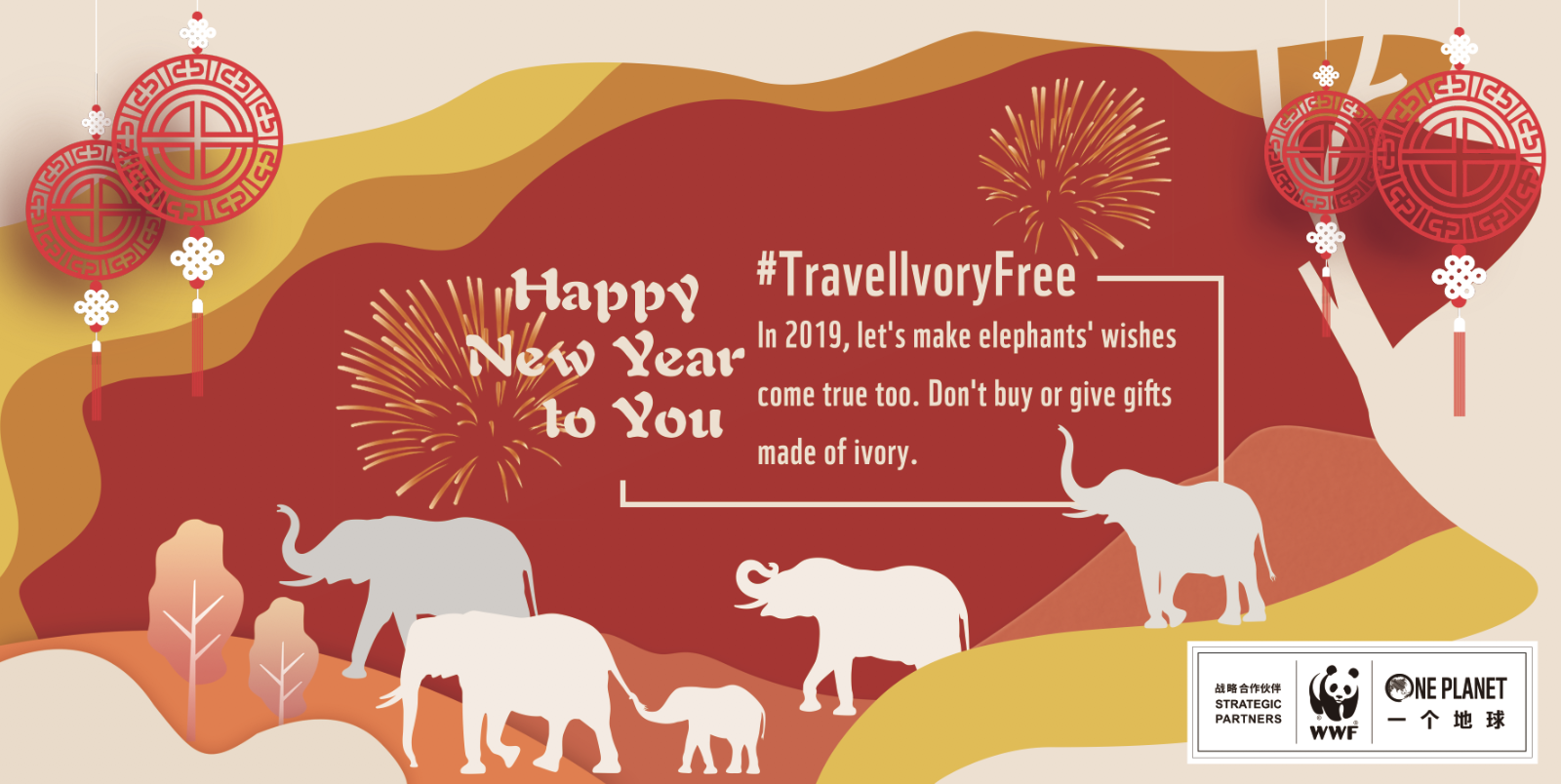 Get more amazing updates like this directly into your inbox