“Is producing more food the only way to feed a growing population?” It’s a question many scientists, farmers and politicians have been trying to answer, and one to which the logical answer would seem to be “yes”. However, it hides the fact that we are throwing away a huge amount of perfectly edible, nutritious food every year. New research shows more than 2.5 billion tonnes of food are estimated to go uneaten each year, which is about 40% of all the food produced.

Driven to Waste, a new report by WWF and Tesco updates our understanding of just how much food we waste by quantifying the total amount of food lost on farms globally and adding it to the latest estimates at other points of the supply chain. And these new numbers add up to a shocking picture: we now know that we are wasting 1.2 billion tonnes more food than previously estimated.

This food could help tackle global food insecurity - between 720 and 811 million people faced hunger in 2020, as many as 161 million more than in 2019. Aligned with better distribution, much of this food could feed many of these people. It would mean that we don’t just have to produce more food to feed more people and, in fact, reducing the environmental footprint of our food production is imperative if we are to meet climate and nature goals.

Based on the new data, global food waste contributes 10% of our global greenhouse gas emissions, not the 8% that was previously thought, and equivalent to nearly twice the annual emissions produced by all the cars driven in the US and Europe.

Food waste’s high emissions are largely due to food production using a huge amount of land, water and energy.  An area the size of the Indian subcontinent (4.4m km2 ) and water volume equivalent to 304 million Olympic swimming pools are needed to produce food that never leaves the farm. These staggering statistics do not include the additional resources used to produce food that is wasted further down the supply chain, nor the energy used to harvest, process and transport it. Worse still, uneaten food that ends up in landfills releases methane as it rots - methane is eight times more potent than carbon when it comes to global warming

Using less natural resources to produce food isn’t just good for the climate, it is also good for wildlife and biodiversity. It means less pressure to convert and damage forests, grasslands and oceans, and could free up some land to be returned to nature.

Crucially, in exploring the contributory factors to food loss, Driven to Waste overturns a long-held belief that food loss on farms is solely an issue in less affluent regions with lower levels of industrialization. The report shows that per capita farm-stage losses are generally higher in industrialized regions. Despite having higher on-farm mechanization and only 37% of the global population, high and middle-income countries of Europe, North America and industrialized Asia contribute 58% of global harvest waste.

It is clear that the food waste problem is a global problem, and it requires a global solution:

And of course, as individuals, we can all try to shop, cook and eat smarter, making sure we only prepare what we need, so that we aren’t throwing away perfectly good food.

Ultimately, we need to at least halve food loss and waste from farm to fork so we can help fight hunger and limit the impacts of food production on climate and nature. 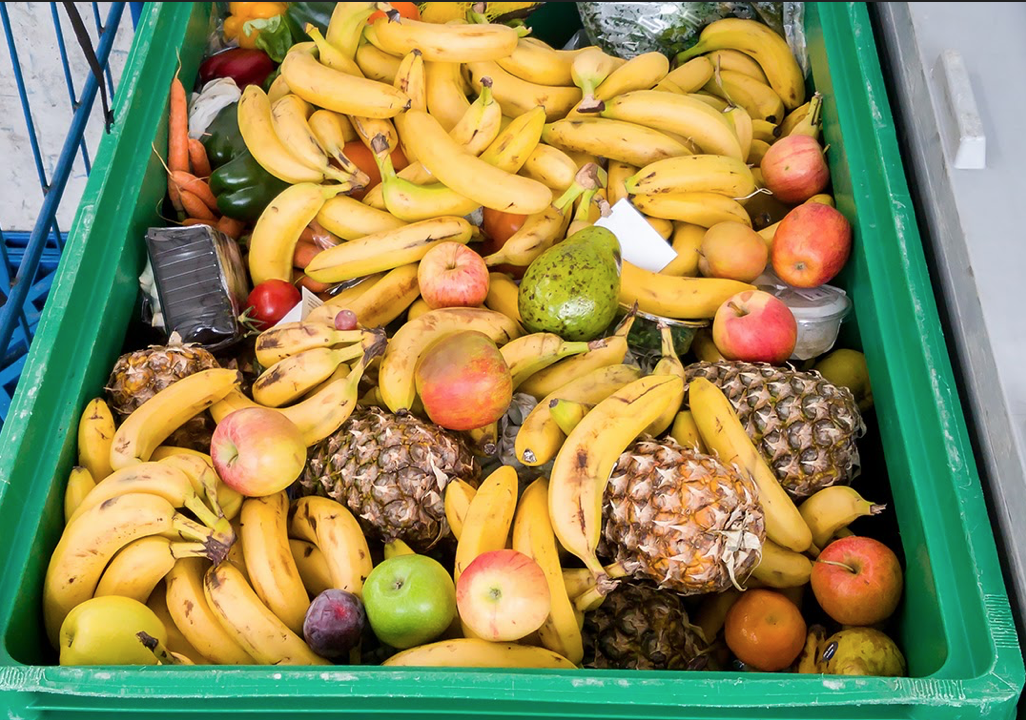 10% of all greenhouse gas emissions come from food we throw in the bin, equivalent to nearly twice the annual emissions produced by all the cars driven in the US and Europe.
© Shutterstock / WWF

10% of all greenhouse gas emissions come from food we throw in the bin, equivalent to nearly twice the annual emissions produced by all the cars driven in the US and Europe.
© Shutterstock / WWF