‘If nature doesn’t survive, neither will man’

Ever since 1961, when WWF was born, His Royal Highness the Duke of Edinburgh has been a powerhouse of passion and advocacy for conservation.We commit to do all we can, as selflessly and as restlessly as Prince Philip always did, to fix our broken relationship with nature.

It would be impossible to assess – either in terms of numbers or impact – the speeches that the Duke of Edinburgh has made on conservation and the environment. What is clear, however, is that he has often been ahead of the field in his chosen subject matter.

The Duke of Edinburgh’s interest in wildlife and nature began in 1956, when he visited the South Pacific and South Atlantic and was fascinated by their biodiversity, especially birds. He was also profoundly marked by Rachel Carson’s Silent Spring about the insidious effects of pesticides on planets, animals and people.

In an interview for WWF’s 40th anniversary in 2001, the Duke explained:

“That was the defining moment for me. Reading Silent Spring, I began to recognise things which I was aware of, but hadn’t really taken in.”

Prince Philip brought his trademark energy, activism and determination to conservation. Guided by science, he spoke powerfully and committedly on issues such as biodiversity loss long before they entered the mainstream in which they are discussed today.  Since the early 1960s, the Duke was warning about the effects of poaching, unsustainable dam-building and deforestation – subjects that are as potent and relevant today as they were then. He recognised that all life on our planet is sustained by a healthy natural world and that we must look beyond saving a single species to safeguarding entire landscapes and ecosystems in a way that benefits both people and nature.

The prince participated in over 50 trips to visit countries and projects of WWF, calling for greater, deeper action on the issues he felt so strongly about, and that are entwined with our wellbeing and that of our planet. In 2001, the Duke chaired a WWF conference concerned with conservation in and around the Danube, one of the world’s most ecologically damaged rivers. It was also attended by nine heads of state and eight environment ministers, all of whom committed themselves to a regeneration programme to rehabilitate the natural assets and to improve the state of  the environment in the Carpathian region and the Danube River basin.

“And that is the great strength of WWF” declared the Duke. “Being a genuinely global organisation, it can put together conservation programmes that are much too big for any one of its national organisations to undertake. ”

Over the years, WWF and conservation more broadly have evolved, as they well should, and we still have a long way to go to ensure a sustainable future for all. But as a tribute to Prince Philip, we do want to stop and acknowledge what we have achieved today, with the support and vision of the prince.

From an organisation created to raise funds to help protect nature and wildlife in 1961 to one of the world’s largest conservation groups today, we’ve seen some of the most innovative actions ever taken to save nature, whose impacts are still being felt.

The Duke’s message has always been characteristically straightforward: “If nature doesn’t survive, neither will man”. With our planet under threat like never before, the prince’s passion for nature is exactly what we need in the world today if we are to protect it for future generations. Our dedicated President’s Fund for Nature, launched in his memory, will continue his support for essential wildlife conservation and biodiversity around the world, with special bursaries for young environmentalists.

We commit to do all we can, as selflessly and as restlessly as the prince always did, to fix our broken relationship with nature and work together with communities, organizations and governments to help secure a prosperous, healthy, happy and equitable planet and future for all.

Pavan Sukhdev, President of WWF International, said:
“The Duke of Edinburgh has been a tireless champion for the environmental cause and a passionate ambassador for conservation issues around the world for decades. His Royal Highness helped chart the course of WWF from its very beginning and has truly made enormous contributions to the organization.

If you would like to send a message of condolence you can do so online here. 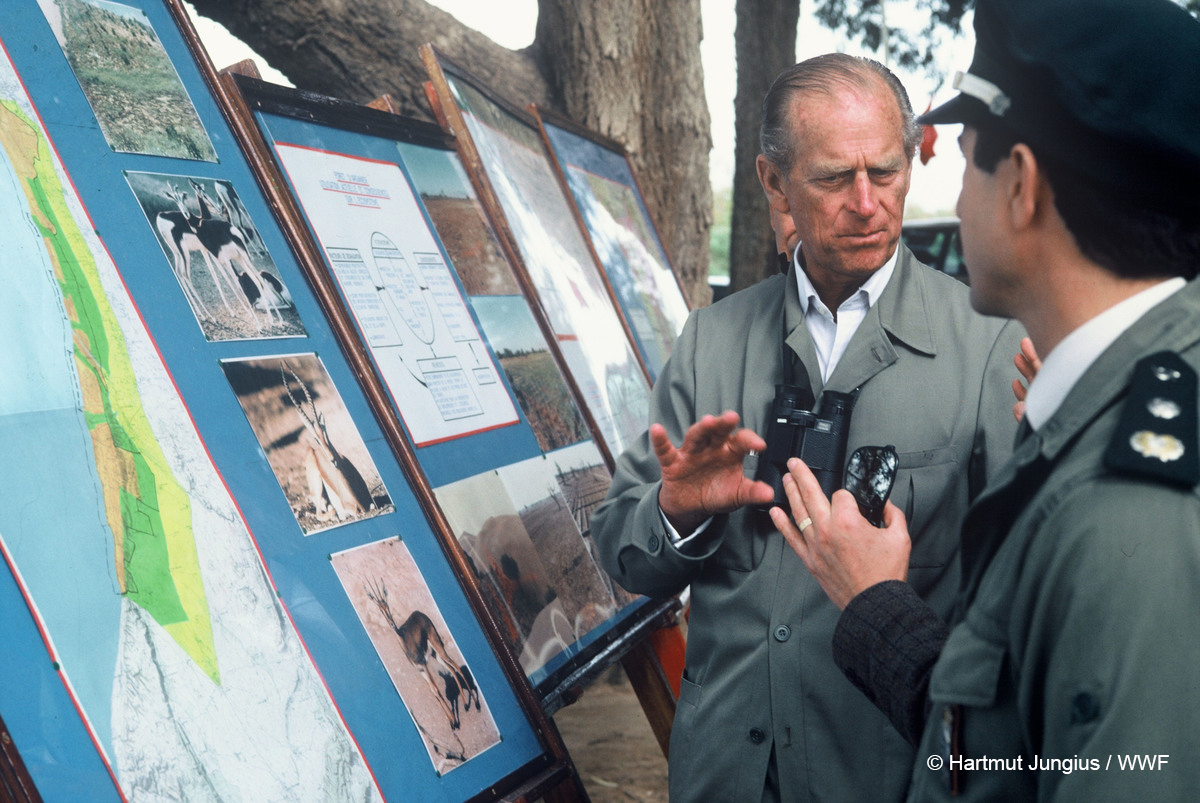