A brand-new WWF-backed initiative aims to bring about a global recovery of the many shark and ray species facing extinction.

Sharks and rays are in crisis but can be brought back from the brink if we act fast. That’s why WWF has teamed up with other leading shark and ray conservation experts to form the Shark and Ray Recovery Initiative (SARRI), which has just officially launched.

SARRI aims to help populations of some of the most threatened sharks and rays recover in their last remaining hotspots by 2030 – and trigger a broader wave of recovery efforts on a global scale.

Working closely with coastal communities, local partners and experts, we will introduce comprehensive recovery plans to restore shark and ray populations. Protecting critical habitats (e.g. nursery grounds) of some of the 200+ most threatened species will be at the heart of our approach. But the ambition doesn’t stop there. We hope to use the lessons learnt to create a blueprint for the recovery of other endangered sharks and rays around the world.

Reversing the dramatic population declines of sharks and rays won’t be easy. It will take a joint effort by individuals like you as well as governments, experts, private sector and communities in order to succeed. But while there’s life, there’s hope.

THE THREATS FACING SHARKS AND RAYS

Older than dinosaurs, today over one-third of all 1,200+ shark and ray species are threatened with extinction. Main threat? Overfishing – we simply catch way too many sharks and rays, and much faster than the animals can reproduce. This is fuelled by the demand for shark and ray products (especially meat and fins), as well as their accidental capture when fishing for other species. 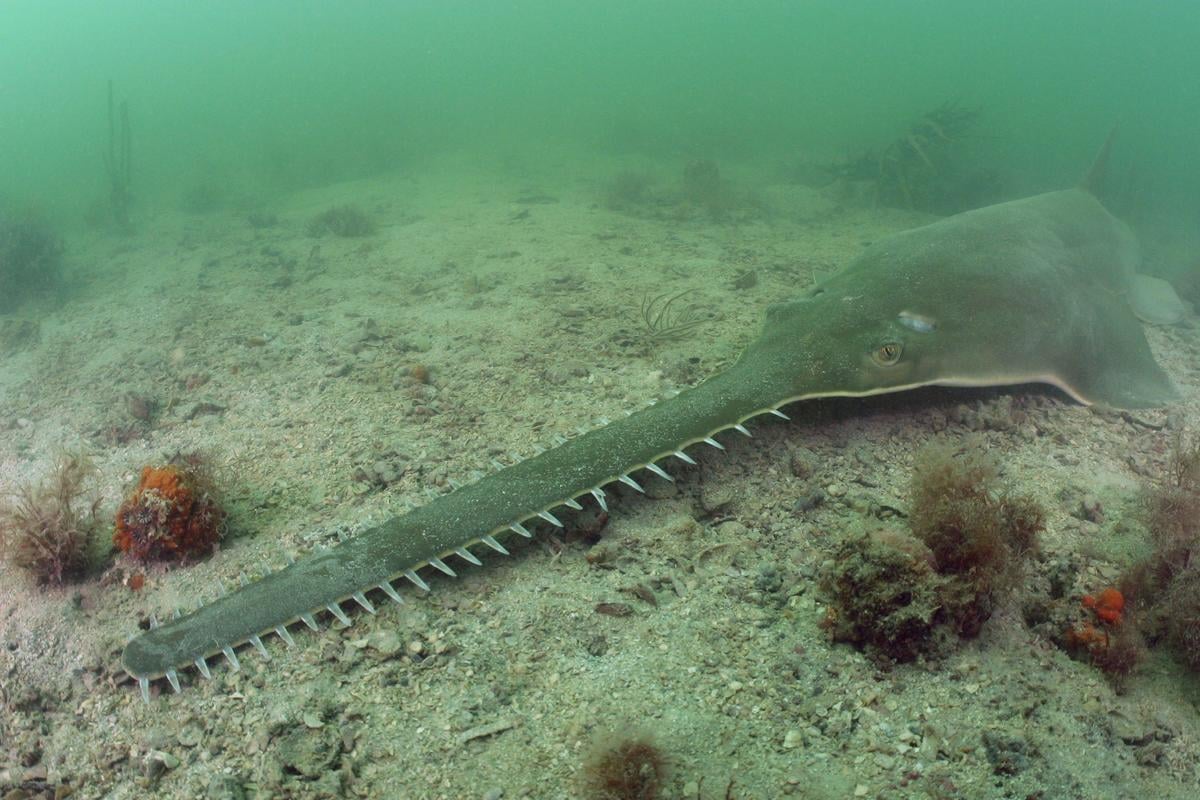 WHY SHARKS AND RAYS MATTER TO EVERYONE

Sharks and rays are indispensable to ocean health and, in turn, to the well-being of millions of people across the globe. These animals are far more valuable alive than dead, from helping us reduce the impact of climate change to supporting a thriving ocean environment.

Tiger sharks, for example, play a vital role in tackling the climate crisis by preventing the overgrazing by turtles and dugongs of seagrass meadows – saltwater plants that capture climate-warming carbon up to 35 times faster than tropical forests. Meanwhile, deep-diving sharks and rays help make the oceans productive by bringing nutrients to the surface that microscopic algae called phytoplankton – the first link in the marine food chain – need to grow.

HOW YOU CAN HELP

No matter where you are in the world, you have a part to play in saving sharks and rays.

The way you eat, shop, travel and even spend your free time can have a huge impact. Here are five ideas to get you started:

These stories of hope from around the world show that sharks and rays can recover, benefitting both people and nature. With your help, SARRI aims to replicate this success!