The return of wolves to Yellowstone National Park in 1995 popularised the idea of reintroducing long-lost species to modern habitats. While scientists are still trying to fully understand the ecological consequences, the wolf’s reintroduction likely benefited other species, illustrating how conservation can not just slow biodiversity loss, but even reverse it.

That project, however, took place in a vast protected wilderness. Many of the places where biologists now hope to reintroduce large wild animals – whether it’s lynx in Britain or cheetahs in India – are a little closer to where people live, which can present challenges in terms of human-wildlife conflict.

In South Korea, a country of similar size and similar human population density to England, conservationists are in the process of restoring the native bear population, Asiatic black bears (Ursus thibetanus), or moon bears, to be precise. While slightly smaller than their North American cousins, these are still large wild animals, capable of causing fear and alarm and posing a risk to humans and their property. 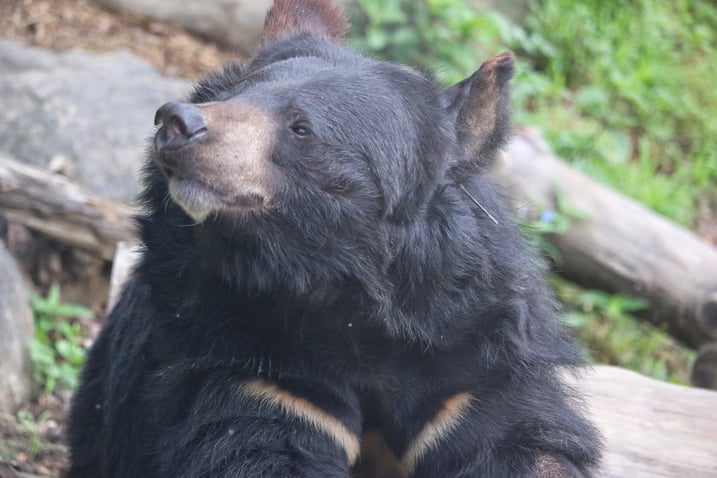 I wanted to find out how South Korea is managing this ambitious project, so I travelled to Jirisan National Park, a mountainous region in the far south of the Korean Peninsula.

By the 1990s, along with occasional sightings in the Demilitarised Zone (DMZ), Jirisan had become the last foothold of the Asiatic black bear in South Korea. An attempted eradication programme by the colonial Japanese regime of the early 20th century and overhunting following independence in 1945 meant bears had fared badly for some time. At the close of the century, there were thought to be just five wild bears left in the country, and the species was on the brink of extirpation from South Korea. (The suspected persistence of a few individuals is why the restoration process is technically considered by conservationists to be a reinforcement, rather than a true reintroduction).

These were not the only bears in the country though. A large population lingered on bear farms, which had originally been established to produce bear bile and body parts, for use in traditional medicine, and bear meat. Since the 1990s, South Korea has cracked down on the bear part trade, but the remaining population of around 380 captive bears still substantially outnumbers those in the wild (around 70 in 2021). 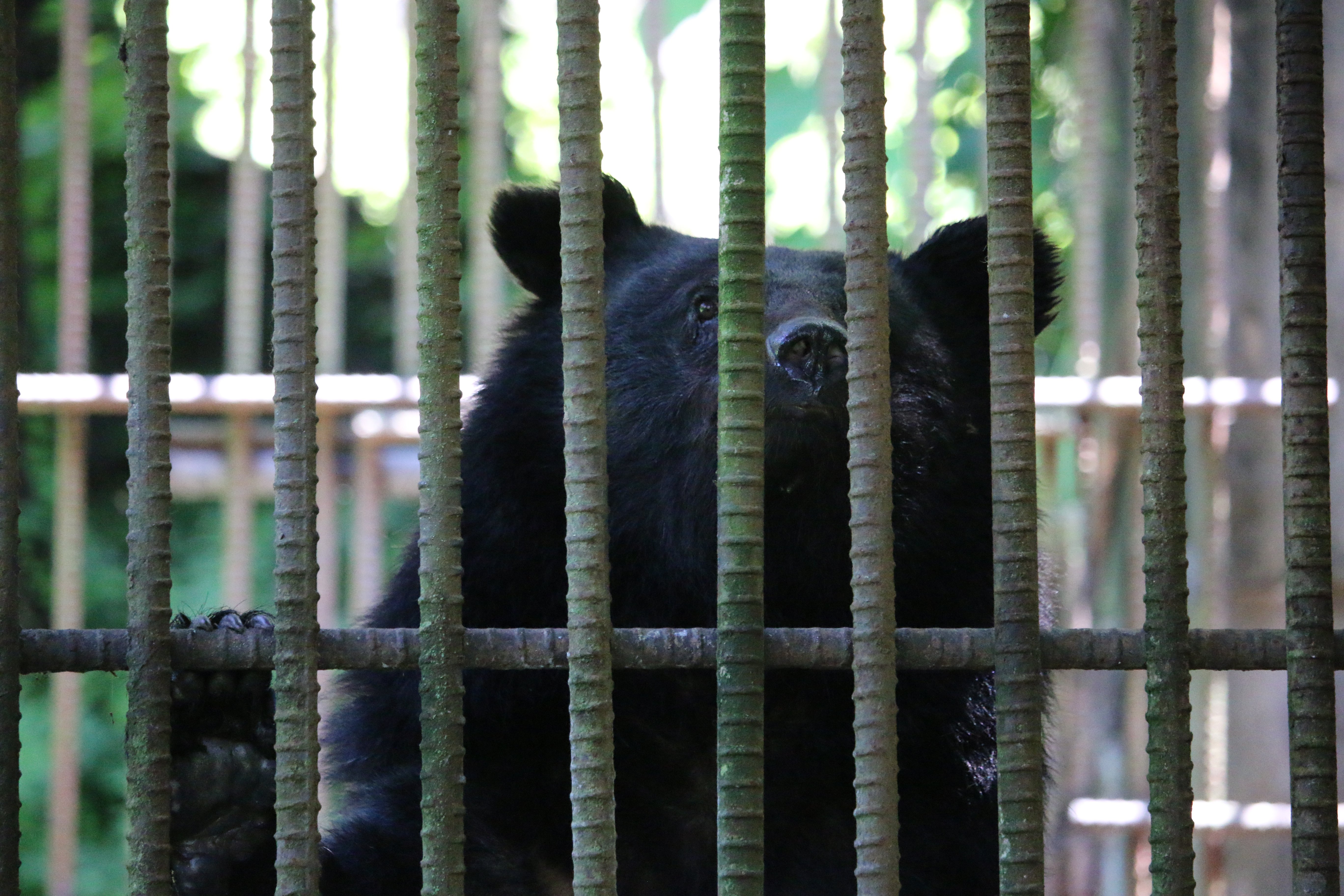 These farm bears might have seemed the ideal animals to rebuild a wild population. But the bears were thought to belong to a range of different subspecies and, as they had not been fully assessed by veterinarians, their release presented potential disease risks for any wild population. Years of being fed by humans also meant that the bears could seek out contact – which could lead to conflict – with humans. Instead, bears were imported from China, Russia and North Korea. In 2004, the first six cubs were released into Jirisan.

Importantly, conservationists in South Korea established a modest initial goal: returning a population of 50 bears to a single protected area. This was likely an important step to building support for the programme, which could have faced substantial opposition.

Soft releases, in which bears are kept in pens to acclimate to their surroundings before being set free, and extensive monitoring of bears post-release, helped increase the likelihood of each released bear surviving. Bears that strayed too far were returned to the national park.

Captive breeding, underpinned by impressive veterinary expertise, has also helped the population grow. One milestone involved the world’s first successful use of artificial insemination in this genus of bear, a boon for maintaining genetic diversity in a small population. Bears injured by snares or traffic collisions have also been successfully rescued, treated and returned to the wild. 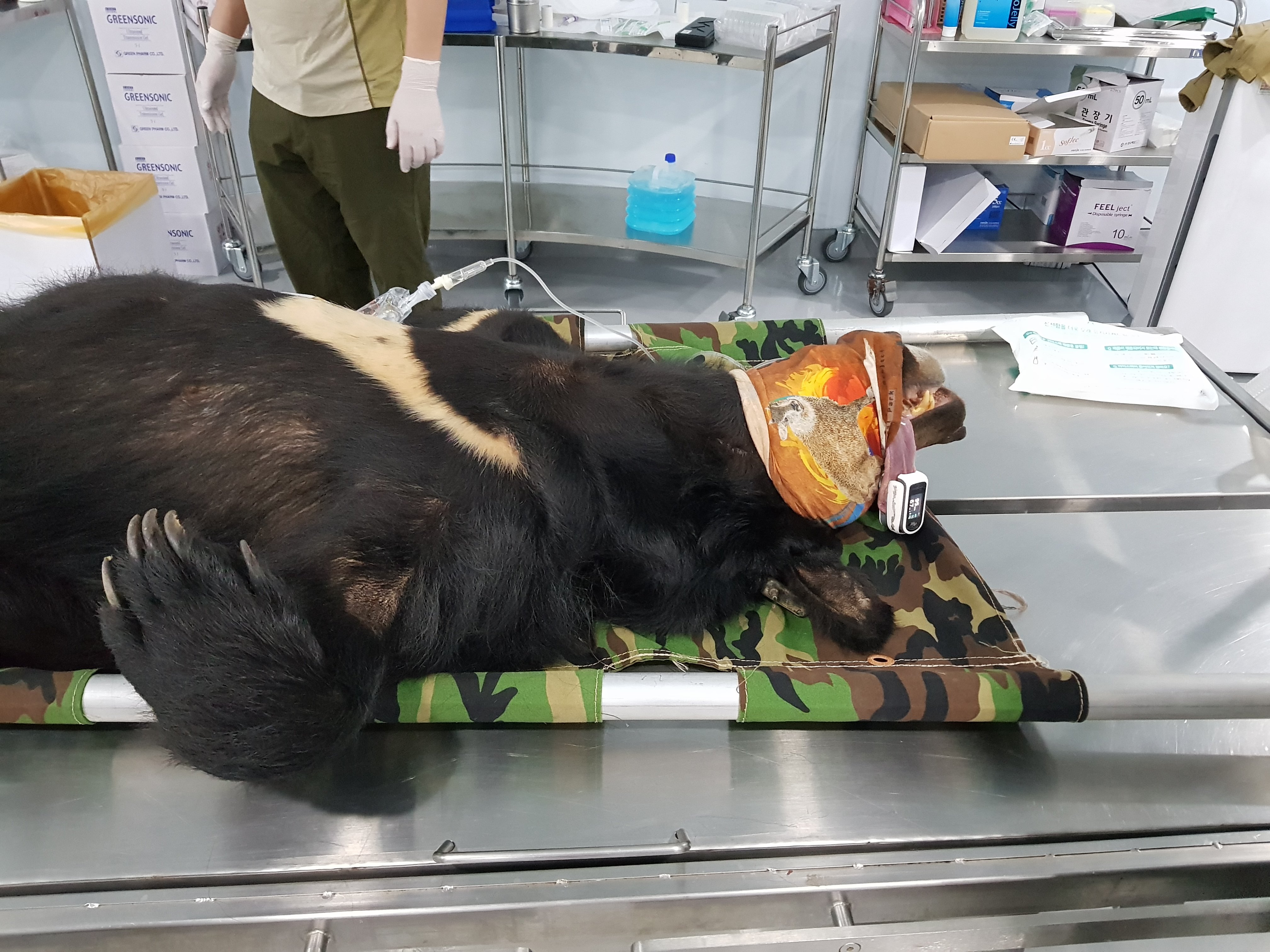 The initial target of 50 bears was exceeded and the population now stands at over 70. A recent study reported that individual bears were beginning to disperse across South Korea and suggested that the site may be close to reaching carrying capacity.

This presents new challenges. Conservationists have, so far, been remarkably successful at reducing human-bear conflict and building support for restoring bears to Jirisan National Park with education programmes, presentations for residents and hikers, a centre where visitors can learn about the reintroduction programme and even the use of moon bear mascots for the 2018 Pyeongchang Winter Paralympics.

But the appearance of bears outside of the national park still attracts prime-time media coverage, which can hamper efforts to cultivate tolerance and maintain a dialogue with the public about the realities of living alongside bears. People feeding bears remains an issue, as does illegal snaring for game species, which can severely injure bears. As South Korea reaches the next stage of its reintroduction programme, is the country prepared to accept bears outside of a protected area? 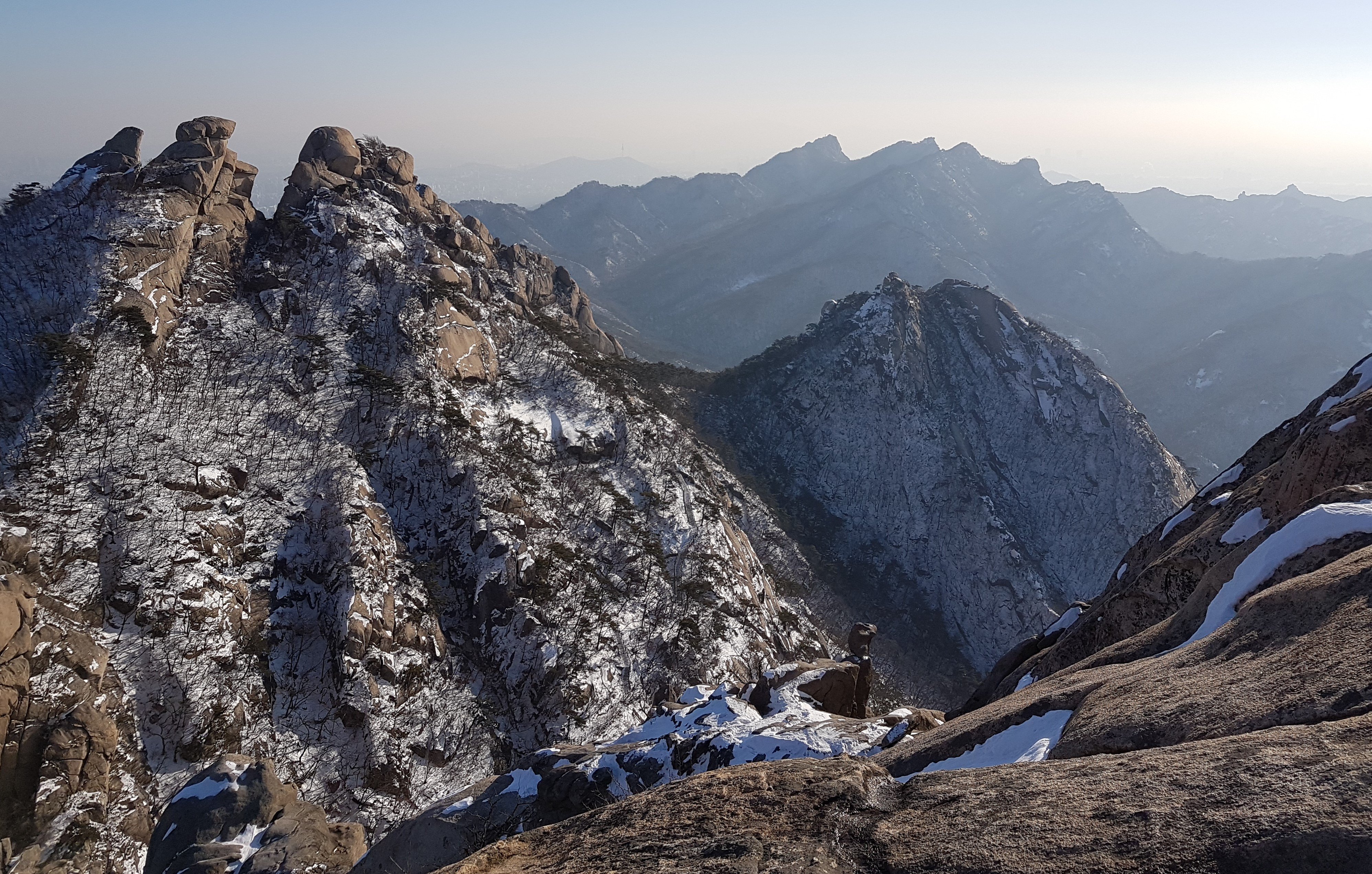 Bukhansan National Park, near Seoul. Once home to leopards, tigers and bears, could these mountains see bears again? Photo by © Joshua Powell

It will be fascinating to follow these bears over the coming years as conservationists address these questions. And Asiatic black bears are just the start. South Korea has since established programmes to restore the red fox, which is surprisingly rare in the country, and the long-tailed goral, a goat-like mammal whose populations have been depleted by poaching and habitat loss.

These programmes will face challenges, but South Korea has already shown considerable expertise in the field of species restoration. Expertise that other countries could well learn from.

Joshua Powell is a conservation biologist from the UK and a founding member of the #WWFVoices community. He is a PhD candidate for the London NERC DTP, based at the Zoological Society of London and University College London (UCL), where he works with Seoul National University’s College of Veterinary Medicine. You can find out more about the world’s wildlife using the hashtag #WWFVoices.
~
This article first appeared on The Conversation. 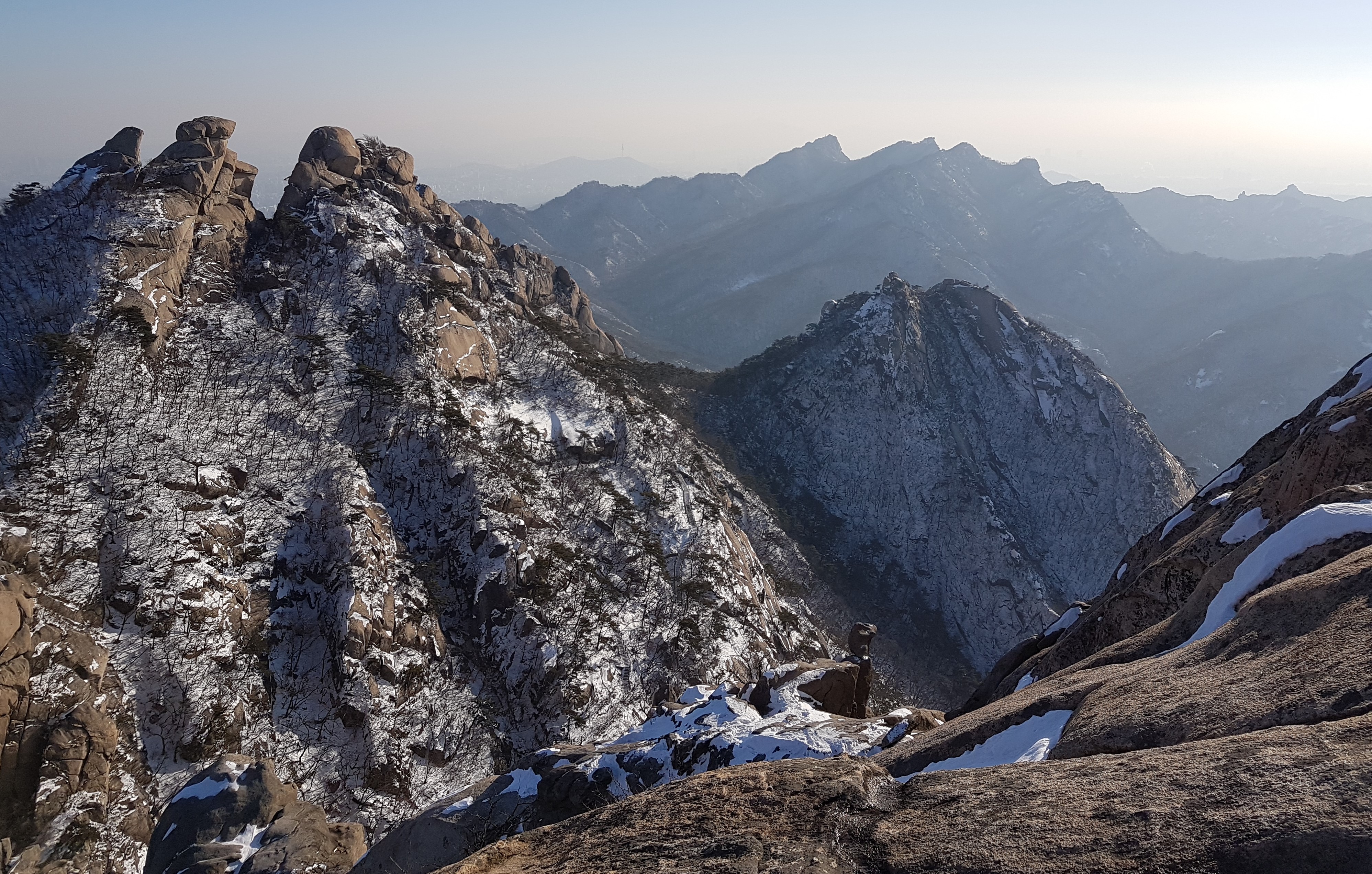 Bukhansan National Park, near Seoul. Once home to leopards, tigers and bears, could these mountains see bears again? © Joshua Powell

Bukhansan National Park, near Seoul. Once home to leopards, tigers and bears, could these mountains see bears again? © Joshua Powell