'We are proud of the forest we saved together'

It was all over the news in August and September: the massive forest fires in South America. Thousands of hectares burnt down and many precious nature areas were destroyed. In this disastrous and dangerous environment hundreds of people worked around the clock to stop the fires. How did they cope in these incredible difficult circumstances?

We interviewed Celso Muxfeldt, president of the farmer´s association of Agua Dulce Agricultural and Livestock (APAD) in Paraguay. He tells his story from that intense and stressful time and explains why as a meat producer he is so closely connected with nature.

A great fire is coming

Celso: “It all started in the beginning of August. We received a call from our Bolivian neighbours, with whom we have good connections. They alarmed us that a great fire was coming and asked for help. We were also warned to prepare ourselves because it was going to reach Paraguay.

That's when we called our network to get together and go to the border. With about 20 people we tried to stop the fire at the border line. First, we started clearing a 20 kilometre stretch barrier. But the fire came very quickly and strong; since the line we vacated went from east to west and there was a northern wind, we couldn’t stop the flames. Then we asked for help from the SEN (National Emergency Secretariat), the military corps and the firefighters. We did all we could to work according to the techniques indicated to us by the firefighters. But despite all efforts, the first days we didn’t have results.

The fire was of proportions we couldn’t attack, so we asked other institutions for help. The SEN provided airplanes and helicopters and WWF assisted us with satellite images, wind direction, weather reports and equipment. But our biggest problem appeared to be the lack of coordination. So, we got help from USAID and some forest technicians who organised the emergency committee well. Through the Emergency Operational Centre (COE) and the government there was coordinated work between aviation, volunteer firefighters and farmers.

All of us also received training in the techniques to use, according to each place. For example: how do you cease fires in a forest you can’t enter? First, the airplane was repressing the flames in the forest while we drove in the field with fire trucks. Then the firemen and our people followed with backpacks, water and shovels to extinguish the fires on the pastures. We also learned how to use a firebreak, in this case running from north to south instead of east to west. With the corresponding authorisation of the COE and the government institutions we enlarged a road, 13 kilometres in Bolivia as well with permission of their government.

What was left was saved

From that moment of coordinated work, we began to see success and the people became more motivated again. What was left, was saved. Thanks to training and support we were able to contain the situation, saving more than 20 ranches and more than 200,000 hectares of forests, schools and small towns. During a regional congress last week, the firefighters, the military corps and APAD were honoured, because of the work we did together. We are very proud of what we have saved.

Nevertheless, a lot of forest has been burnt, even areas that have never received fire before. The experts told us it was grade 6, one of the highest rates in forest fires. They themselves were impressed by how ferocious it was. This was the first time I saw a forest getting devoured by fire. What struck me was that the flames took on in height of 20, even 30 meters. The technicians told us that the black smoke even rose 70 meters upwards, fed with oxygen so it kept on going. There were atypical conditions; for example, at the beginning of the month we had frost (which occurs only once in 7 years), so the ground was full of leaves, which later became fuel for the fire.

These fires caught us unprepared and were of a proportion we’ve never seen before. What hurt us most was to see what had been burned: the Cerro Chovoreca Natural Monument, the private reserves, and the areas with environmental services that we promote to certify the care of the forests. It also moved me very much to see animals running from the fire. Other slow animals like tortoises we found dead. That gave me a very great sadness. 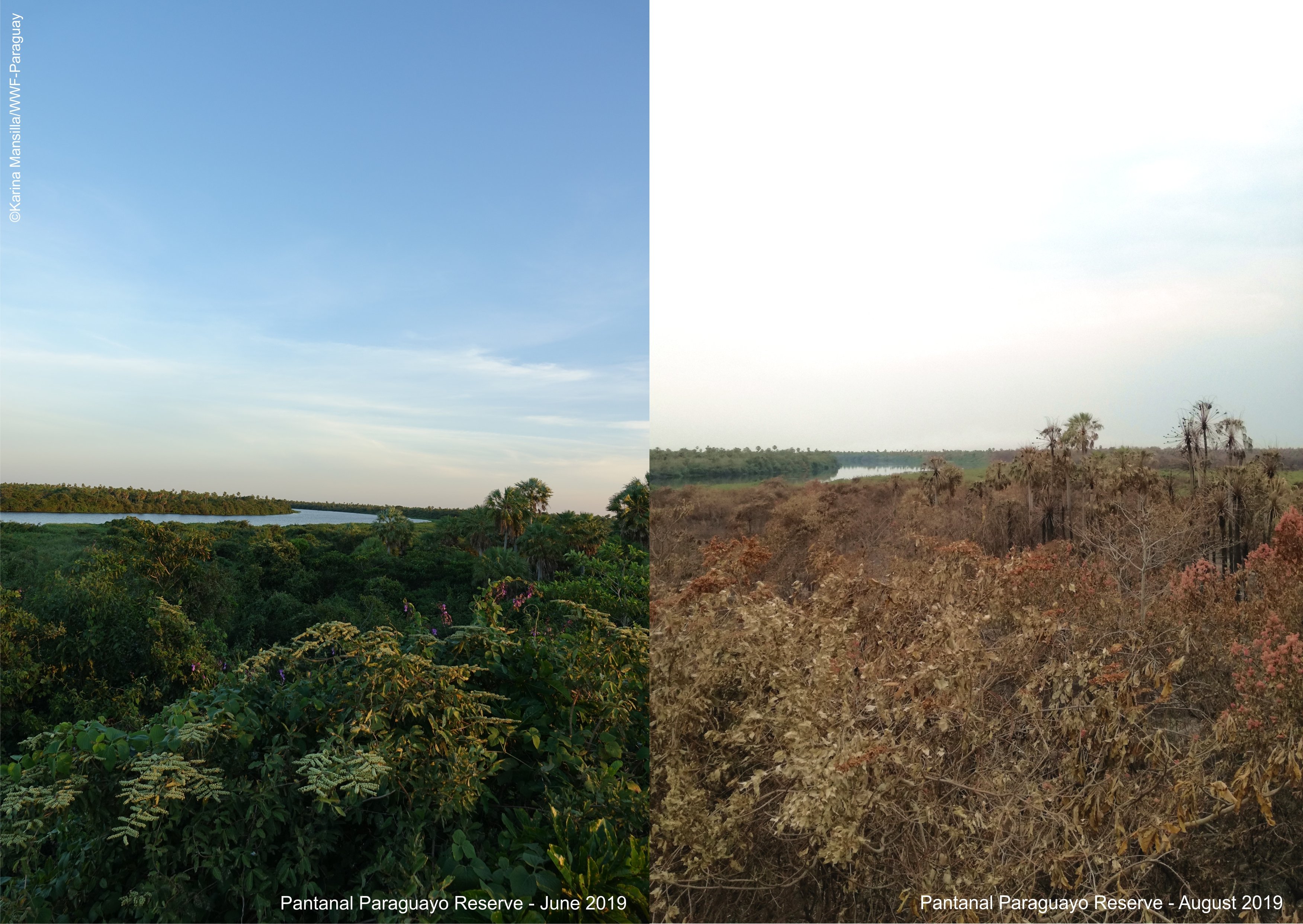 More than 80% of the farmers in the whole area of APAD were affected by the fires. We don't want this to happen anymore. More than 20 years ago we stopped using fire for agriculture, since in our eyes it's a bad practice. We are convinced that preserving nature and producing meat can be done together. We protect 50% of the forests in their natural state and produce in the other 50%, so we believe that this synergy is the right path. Especially because we see the result. There is more humidity in the environment, there are many factors that contribute to a favourable microclimate.

We are convinced of this approach. We don’t want to be forbidden to farm and produce, because we do it in the right way under national legislation. Our aim is to live together with nature, protect the forest and the farmers who protect the forest. Producing efficiently, reducing our carbon footprint and industrialising our products while strengthening private biological corridors, connected to public protected areas, is the way forward. Our group of farmers promotes that those who do not comply with the legislation are denounced. As an association, we have been working with civil organisations such as Guyra Paraguay, WCS and WWF for several years. Even with the Ministry of the Environment.

We care about Defensores del Chaco, the biggest national park in the country. Therefore, we participated in the elaboration of the Management Plan, reconstructed a house of the park, hired a park ranger and gave an ambulance. With Cerro Chovoreca Natural Monument, which was severely affected by the fires, we want to do the same. In fact, we already started with a reforestation plan. For instance, we are working on a nursery of native species, with the idea to disperse seeds with clay pumps to make sure the forest can recover quickly. We will provide a place for park rangers and a well for water, for a research centre within the protected area. Our plan is to build more wells for the future in the frontier limit, to avoid fires getting into Paraguay again. We don’t sit with our arms down: we want to help nature recover.” 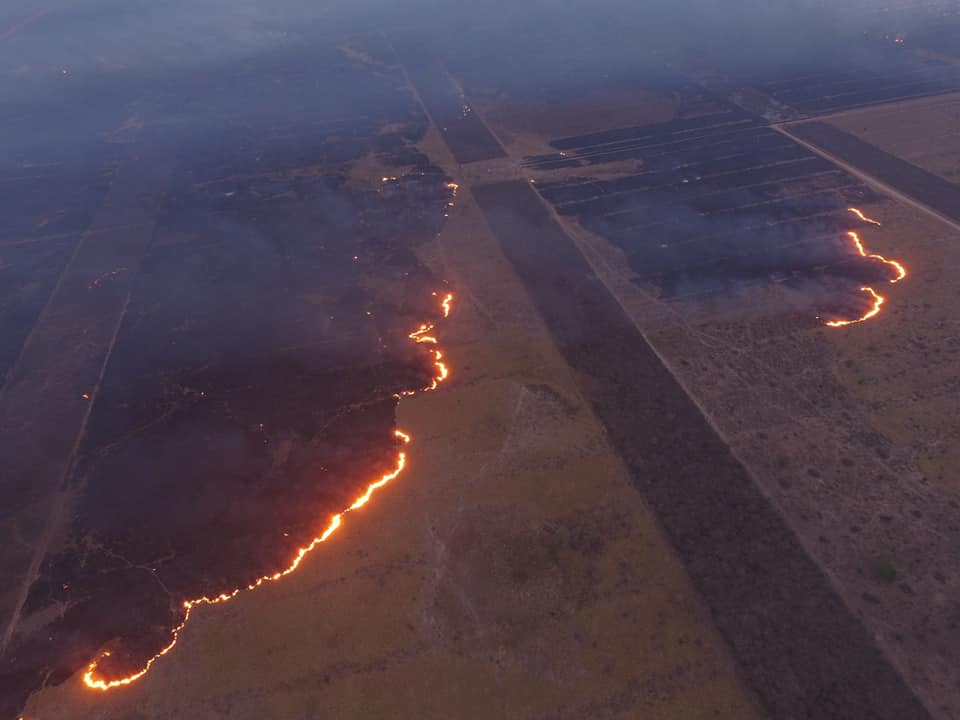