Keeping rivers flowing freely is vitally important for the future of people and nature, so it’s great to hear that the Zambian government has halted plans to build a hydropower dam across the Luangwa river.

If construction had gone ahead in the Ndevu Gorge, the resulting fragmentation of the Luangwa would have harmed both local communities and wildlife. 25 chiefdoms rely on the river for freshwater and food, as well as livelihoods based on agriculture, tourism and more. A wealth of wildlife, including 400 bird species, a variety of fish species, and mammals such as elephants, lions and hippos, is also supported by the Luangwa.

“I wish to thank government for listening to our plea as Luembe has the potential to become another area of wildlife tourism in a few years.”
- Senior Chief Luembe of the Nsenga people.

WWF has been campaigning with partners since last year for legal protection for the the Luangwa to help safeguard it from threats such as dams, deforestation and unsustainable agriculture. An incredible 200,000 people have backed our calls by signing a petition – and we hope that the government’s decision to halt plans for a dam will now pave the way for legal protection.

Meanwhile, the vital question of how to power the future energy needs of Zambia must be answered. WWF is ready to support the government as it seeks other renewable energy alternatives, which have a lower impact on people and nature. A joint WWF and TNC study released last month found that countries can build a future powered by low carbon, low cost and low conflict energy grids thanks to the renewable revolution.

We believe that Zambia and other countries around the world can find a sustainable solution to their power needs. But the need for action is urgent. Just one-third of the world’ longest rivers remaining free flowing, primarily due to dams. And the resulting fragmentation is one of the major factors behind the 83 per cent decline on average in freshwater wildlife populations since 1970.

People are the globe are adding their Voices to call for a new deal for nature and people. 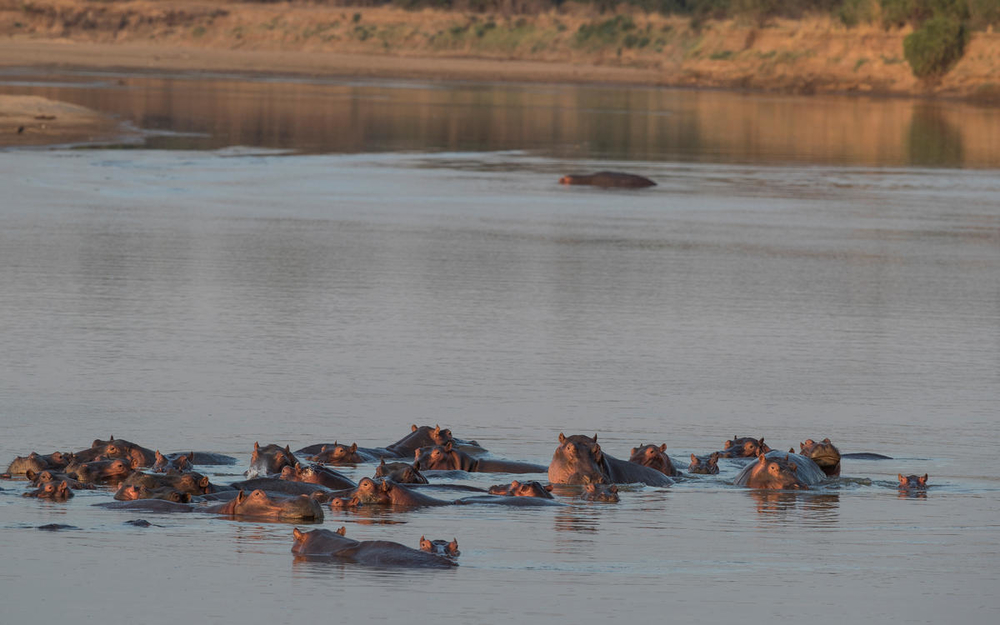 A pod of hippo in the Luangwa River

A pod of hippo in the Luangwa River