The illegal wildlife trade is driving many species towards extinction so WWF welcomes Singapore’s decision to close its domestic ivory market. 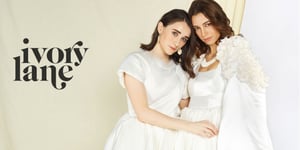 Maureen DeRooij, Chief Executive Officer of WWF-Singapore, said: “Singapore’s decisive actions are important steps to protect wildlife as we continue to see dwindling populations across the globe. The domestic trade ban sends a strong signal to global governments and underlines the urgency to stop the illegal wildlife trade. We hope that Singapore’s leadership spurs more Southeast Asian governments into action, closing their domestic markets and stepping up enforcement efforts.”

There is increasing international momentum against illegal wildlife trade, particularly on the issue of ivory. In addition to the US and UK, the governments of China, Hong Kong and Taiwan have announced domestic bans on ivory in recent years.

This announcement comes days before 183 governments meet to discuss wildlife trade issues at a meeting of the Convention on International Trade in Endangered Species of Wild Fauna and Flora (CITES).

What is the IUCN World Congress and why does ...

Snaring: the biggest threat to Southeast ...

World’s most illegally traded mammal gets ...